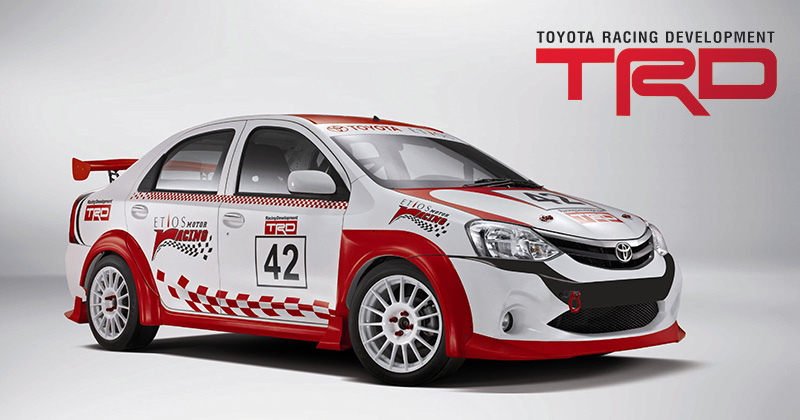 There are currently two official branches of TRD: TRD Japan (aka Toyota Technocraft) and TRD USA. Each of these branches has both a performance tuning division and a race (or competition) division. Toyota Team Europe (TTE) evolved into the Toyota Formula One Team (also known as Panasonic Toyota Racing) and is not under the control of TRD. TTE is a completely separate entity, and is responsible for the now-defunct Formula One team.
TRD Japan's Race Division concentrates on the Super GT Series (JGTC), All-Japan Formula Three Championship Series, ESSO Formula Toyota Series, and Netz Cup races (Vitz Series).
TRD USA's Race Division concentrates on Championship Off Road Racing (CORR), NASCAR Camping World Truck Series, Grand-Am Cup Sports Touring, National Hot Rod Association (NHRA) Import Drags, and starting in 2007, NASCAR Sprint Cup and Nationwide Series. Former concentrations include the Baja 1000, IMSA, and CART's Championship World Series (from 1996–2002) and Toyota Atlantic Series (from 1990–2005), and most recently the Indy Racing League (from 2003–2005).
Toyota Team Europe, now the Toyota Formula One Team, concentrates on Formula One World Championship Racing (F1). Former concentrations include the World Rally Championship (WRC) with the famous Celica GT-Four and rally versions of the Corolla, as well as two attempts (in 1998 and 1999) at the 24 Hours of Le Mans with the GT-One.
Toyota Australia introduced a TRD division in August 2007, with the supercharged Aurion V6, followed by a high-performance variant of the 4WD Hilux in April 2008.[1] According to Toyota Australia, there will not be a high-performance version of the Corolla being sold under TRD despite its popularity, instead speculation suggested a third model was likely to be a RAV4. TRD is aimed to compete with local in-house tuning shops Holden Special Vehicles (HSV) and Ford Performance Vehicles (FPV). However, in December 2008 Toyota Australia announced it would be ceasing production of its TRD range. The decision took effect on 31 March 2009.

TRD supercharged engine list (model year)
When install is performed by a Toyota dealer, the 3/36,000 mile warranty extends to the supercharger, otherwise the vehicle retains the factory warranties and the supercharger is covered by a 12 month/unlimited mileage warranty.