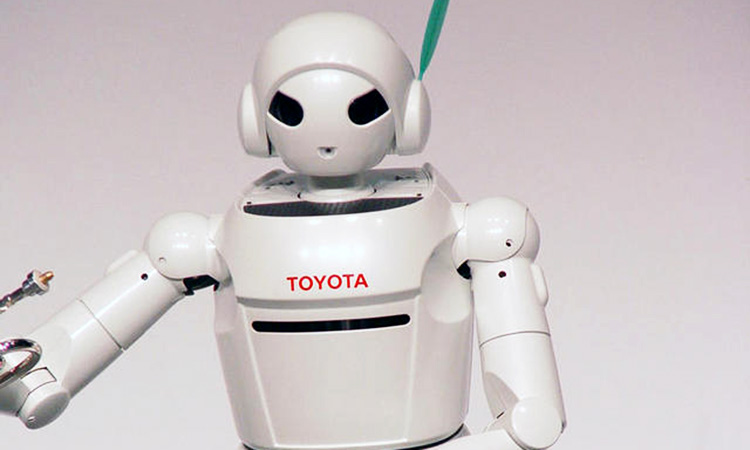 Aerospace
Toyota is a minority shareholder in Mitsubishi Aircraft Corporation, having invested US$67.2 million in the new venture which will produce the Mitsubishi Regional Jet, slated for first deliveries in 2013. Toyota has also studied participation in the general aviation market and contracted with Scaled Composites to produce a proof-of-concept aircraft, the TAA-1 in 2002.

Robotics
In 2004, Toyota showcased its trumpet-playing robot. Toyota has been developing multitask robots destined for elderly care, manufacturing, and entertainment. A specific example of Toyota's involvement in robotics for the elderly is the Brain Machine Interface. Designed for use with wheelchairs, it "allows a person to control an electric wheelchair accurately, almost in real-time", with his mind. The thought controls allow the wheelchair to go left, right and forward with a delay between thought and movement of just 125 milliseconds.